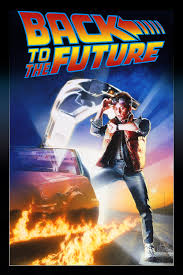 No doubt reading this title brings back memories of Marty McFly and Doc Brown (or Michael J. Fox and Christopher Lloyd depending how you remember the characters).  It has been a favorite movie for some time for my kiddos.  I think I could quote it word for word if that gives you any idea how much we’ve watched it.  In fact, for many years, my oldest asked that his school picture be sent to Michael J. Fox, he was so smitten with his character.  (We now possess an autographed picture of the actor which he keeps proudly displayed in his room).  Our dog is officially named Marty McFly Kubik.  (Yes, we need help).  There are some other BTTF bits of craziness we have in our family, but as you can infer with the few examples stated above, we no doubt qualify as “fans” of the films.

That being said, those movies have truly become a part of our pop-culture-history.  There were lots of ideas presented in the sequel of what our possible technological advances might be.  Obviously, everyone remembers the “hover boards.”  I mean, who wouldn’t want one of those?  Some other ideas presented were voice operated appliances, hands-free video games, 3D movies, and of course flying cars. I know we don’t have flying cars for the general public, but all the rest of the stuff is actually pretty common place.  Kinda crazy to think about, huh?

So why do I bring all this Back to the Future stuff up?  First of all, did you realize that THIS October 21, 2015 is THE October 21st, that Doc traveled to in the future at the end of BTTF Part I?  And, it is the setting of MOST of BTTF Part II!  (Kinda blows your mind a little doesn’t it?) 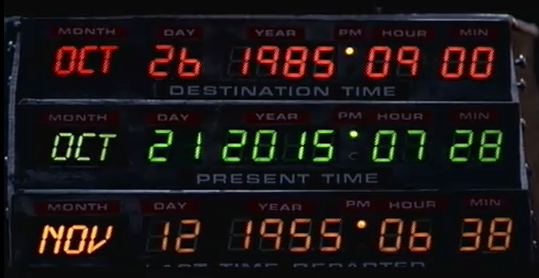 I remember when the second BTTF came out thinking, “WOW, the year 2015…that’s SO FAR into the future!! I’m going to be an old lady then!!”  (Yeah, younger Jaime didn’t have a clue just how “old” 39 isn’t!)  But, beyond “timeless” comments our younger selves made or thought, Back to the Future was very forward thinking in regards to the possibilities of what we might someday enjoy!  Another idea that was presented in these films was recycling.  Remember Mr. Fusion? The flux capacitor was powered by trash!  And now we live in a day and age of recycling, becoming energy-efficient, running low emission cars, EVEN recycling sewer water!!  Yes, you read correctly….recycling sewer water. 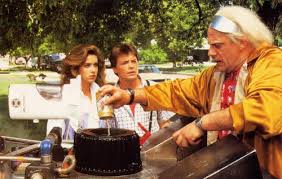 Do I scare you with my Back To The Future knowledge yet?

When I taught science, we always learned about recycling and pollution issues.  Several of the big cities like New York, Chicago, San Francisco and others would advertise about their waste water treatment plants.  I would show videos how the gross, icky, contaminated water would come in to the plant, go through several stages of cleaning, and then ultimately be released into a fresh water river of some kind.  But here is the “kicker,”  the claim of the treatment plant was that by the time the water went through all the treatment phases, it was then clean enough to – DRINK!  I’m not sure who was signing up for the taste tests there, but that was the claim.  In fact, there are many smaller municipalities who are now gearing up to be the same kind of plants as the big cities.  They also want to be able to advertise that their treated water is…ahem…”drinkable”!!

I write this today because it is crazy to think that many of our ideas from the past have come true, but also, many of them have been quite good for our environment.  I know that when most people see our trucks and think “septic” it is always with disgust and ickyness.  And I get that, really I do.  However, what we are doing is eliminating the solid waste that comes from the home and keeping it from reaching the soil.  Though we are the middle man, we take what we pump to the plant that cleans it all up and makes it environmentally safe for everyone.  So technically, we are the “cleaning ladies” of the waste water world.  You might also find it interesting to know, the septic systems installed today were created to keep our environment clean – unlike their “grandparent systems” which were just a straight pipe allowing waste from the home to dump directly into a river or ravine, as was common not too long ago!  Take that information and stick it in your hat!

Isn’t this just a fact-filled article with of all types of information?!  You now possess the knowledge of the infamous date in Back to the Future which is October 21, 2015 and also the knowledge that waste water coming out of the treatment plant is drinkable.  Who could ask for more out of one blog post?

And now for the thought of the day to leave you all pondering….

Is it odd that a Biff-like candidate (complete with bad hair) is now a front-runner for the Republican Presidential nomination in this year of 2015?? 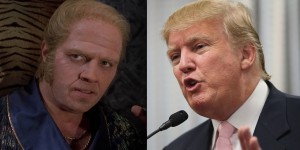 I know I will be checking the skies for a flying Delorean to save us all!