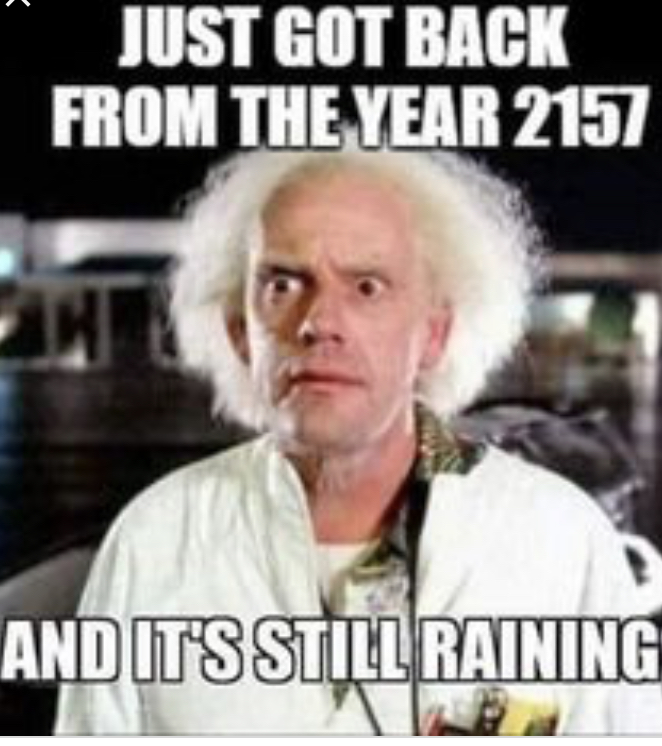 Last week I posted some memes that I considered a good jab at Mother Nature.  Hopefully you enjoyed them too.  However, the last couple of months I have spent a LOT OF TIME talking to customers who live on septic about their systems and the effects of Mother Nature in their functionality.  Those meme’s may be funny, but what rain and extra snow can do to your septic system is definitely NOT a laughing matter.

If you are a faithful reader, I’m sure I’m going to sound like a broken record, but water coming both inside the house and outside from Mother Nature plays a HUGE role in how your septic system functions.  Since October of 2018, the state of Nebraska has received MASSIVE totals of rainfall and snow.  Heck, we almost broke our snow fall record this year!  That’s a LOT of moisture for the soil and though systems are designed to handle a lot from the outside forces of nature, there are always exceptions to the rule…say fall of 2018 to spring of 2019…

So, what can you do as a septic-living-homeowner when these crazy wet seasons occur?  Well, first off, just being mindful of your water usage is always a good idea when living on septic.  Here are some things you can do as a homeowner to help with the water running through or to your system:

All of these items help in the functionality of your system no matter what time of year it is, but ESPECIALLY during times of excessive precipitation.

Older systems tend to have more struggles with the huge amounts of rain and snow, but it’s always a good idea to be careful of water usage no matter what the age of the system.  When standing water or possible back ups occur, we can come pump your tank, but this will only relieve the situation for a while until the laterals have had a chance to dry out (when the back up or standing water is due to excessive weather conditions).  Our biggest problem this year has been being able to access the tank for customers.  When the ground is wet or soft, we politely refuse to get on fields or yards.  We can run hose some distance, but there have been tanks this year so far away we can’t always pump them – so if we can prevent these issues prematurely with careful water usage that is always a plus!

HOPEFULLY, we are headed for dryer weather — ‘cause if not, I’m thinking of a move to the Mojave Desert…

Until next time friends!